Ed studied trumpet at the Guildhall School of Music and Drama and graduated with a Masters degree in performance in 2002. He spent a number of years freelancing with UK and European orchestras before selling his trumpets and starting an internship at IMG Artists in 2008. In 2015, Ed moved to the Chamber Orchestra of Europe as Planning and Personnel Manager, and after two years of orchestral touring started at Askonas Holt in June 2017. A father of three young boys, Ed enjoys peace and quiet on the rare occasions he can get it. 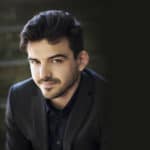 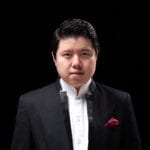 Veronika Eberle
Visit Artist Page View
We use cookies to ensure that we give you the best experience on our website.OkayFind out more