Born in Tokyo and beginning her musical career in Montréal and New York, violinist Karen Gomyo has recently made Berlin her home. A musician of the highest calibre, the Chicago Tribune praised her as “…a first-rate artist of real musical command, vitality, brilliance and intensity”.

Already well established in North America Karen performs regularly with the orchestras of Detroit, San Francisco, Cincinnati, Cleveland, Toronto, Montréal, Washington D.C. and Philadelphia among others. Further afield her popularity in Australasia continued over the last few seasons as she toured with New Zealand Symphony and also appeared with West Australian Symphony Orchestra in Perth, Tasmanian Symphony and in recital at the Sydney Opera House. This season sees Karen return to the Melbourne and Sydney Symphony orchestras. In Asia she makes her debuts with the Singapore Symphony, Tokyo Metropolitan Symphony Orchestra and Malaysia Philharmonic.

A passionate chamber musician, Karen has enjoyed a fruitful collaboration with guitarist Ismo Eskelinen which culminates in the release of a recording of works by Paganini and his contemporaries scheduled for the end of 2019 on BIS Records. 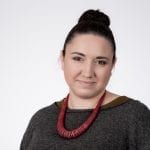 Karen Gomyo makes her debut with the National T...