Nurturing artists at the start of their career has always been an integral part of our ethos. Lies Askonas, the remarkable female entrepreneur after whom this fellowship is named, was a tireless advocate for young artists, and her philosophy remains embedded in our company today.

Acutely aware of the myriad challenges any emerging artist faces on entering the professional world, we support each Fellow with personalised mentorship and guidance. 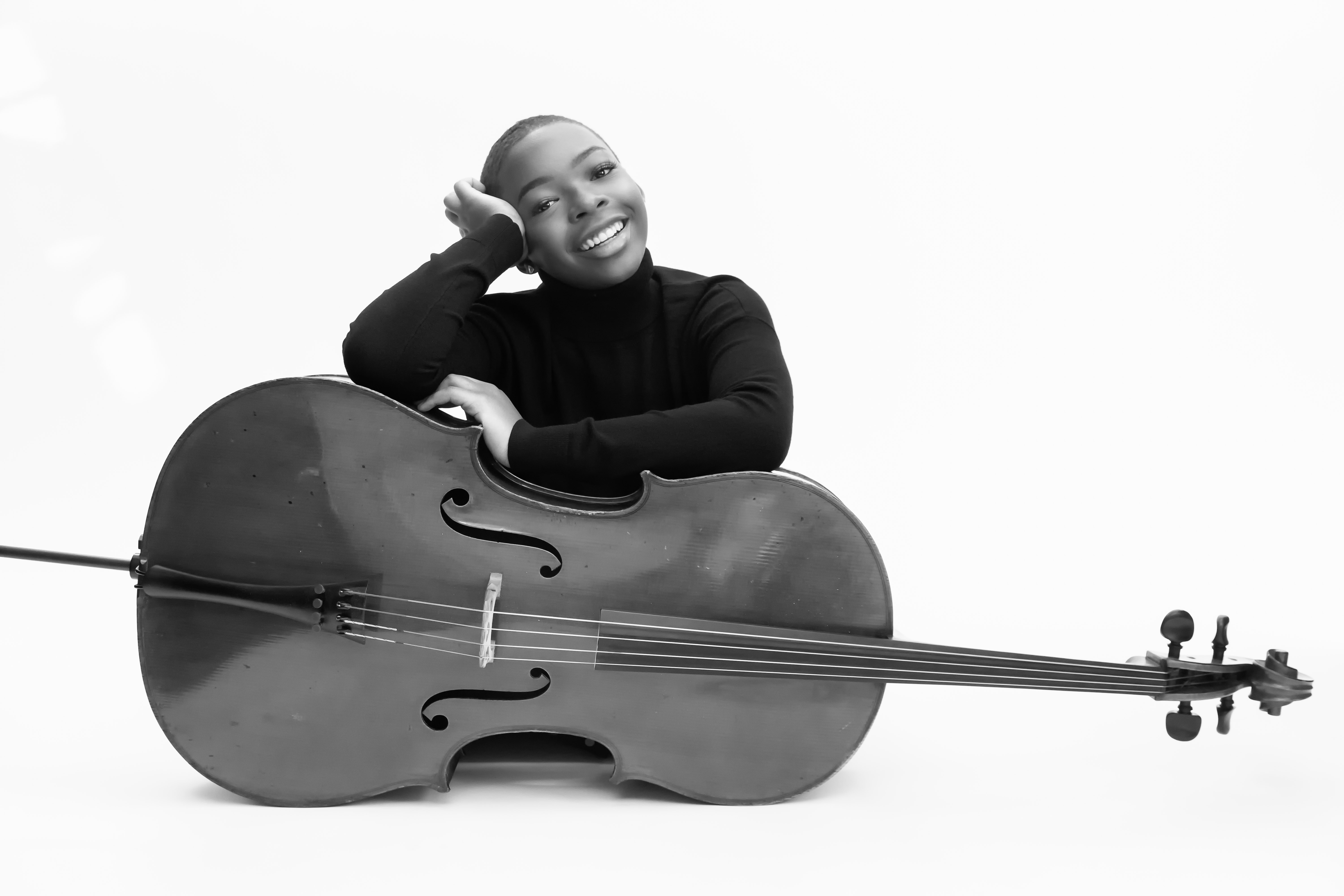 American cellist Ifetayo Ali-Landing, praised for her “charismatic” playing (Chicago Tribune), won the First Place Laureate of the Sphinx Competition’s Junior Division in 2017 and has gone on to perform with the Chicago Symphony Orchestra at Ravinia (under Marin Alsop), Detroit Symphony Orchestra, Pittsburgh Symphony and New World Symphony, among others. Her musical studies began on the violin before switching to cello at the age of four and she currently studies at the Colburn School in Los Angeles with Clive Greensmith.

Former Assistant Conductor of the Colorado Symphony and Music Director of Waterperry Opera Festival, Bertie Baigent studied at Cambridge University and at the Royal Academy of Music, London. Winner of the Royal Academy of Music’s Sir Henry Wood Scholarship and Ernest Read Prize in 2017, Bertie was the youngest semi-finalist in the 2018 London Symphony Orchestra Donatella Flick Conducting Competition and a finalist in the 2020 Guido Cantelli Conducting Competition.

Originally from Poland, 27-year-old percussionist Marianna Bednarska is currently in the final year of a Certificate of Advanced Studies at the Haute Ècole de Musique de Genève. Winner of the 2019 Credit Suisse Jeunes Solistes Award, Marianne has already developed a strong track record of performances with professional orchestras such as the Orchestre de la Suisse Romande in Geneva, and extensively with ensembles throughout her native Poland, as well as establishing a series of successful collaborations with an impressive number of international composers.

Born in Seoul and raised in California, Korean-American conductor Holly Choe is Music Director of the Orchesterverein Wiedikon and the University of St. Gallen Alumni Symphony Orchestra. She is also a conducting fellow in the German Music Council’s Dirigentenforum (2018), one of the Award Recipients of the Marin Alsop Taki Concordia Conducting Fellowship (2019), and a fellow for the Peter Eötvös Foundation Mentoring Program (2020). ​Beyond the standard canon of classical music, she has been involved in several interesting projects including performing with a 3D printer as a part of the live performance in a piece written by Stefan Bachmann. In the hopes of creating bonds between different cultures, she directed a 250+ member Samulnori ensemble presenting Korean traditional percussion music in the form of an American parade band performing in several major USA national parades.

Currently an ABRSM Vocal Scholar at the Royal College of Music in London under the tutelage of tenor Timothy Evans-Jones and pianist Simon Lepper, Laurence Kilsby is the winner of the 2018 Kathleen Ferrier Society Bursary for Young Singers. In the 2019/20 season he makes stage debuts with the Nederlandse Reisopera as Apollo/Pastore/Spirito in Monteverdi’s L’Orfeo and for the Festival d’Aix-en-Provence as Lucano/Soldato 1/Famigliare 2/Tribuno in L’Incoronazione di Poppea.

Currently a member of the Metropolitan Opera’s prestigious Lindemann programme, Maciej Kwaśnikowski gained experience at the l’Académie de l’Opéra national de Paris for two years, as well as at the Young Singers Project of the Salzburger Festspiele and the Académie du Festival Aix-en-Provence. He has already worked with conductors such as Riccardo Muti, Leopold Hager, Adrian Kelly and Enrique Mazzola, and has taken part in masterclasses with Yannick Nézet-Séguin, Alberto Zedda, Philippe Jordan, Brenda Hurley and Malcolm Martineau, amongst others.

Madison Nonoa is a soprano from New Zealand. She holds a Masters in Music (Distinction) from the Guildhall School of Music and Drama where she studied under the tutelage of Yvonne Kenny AM on the prestigious Opera Course. Since graduating in 2019, Madison has made her debut with Glyndebourne Festival Opera in Rinaldo, and was selected as a 2020/2021 Jerwood Young Artist for the Festival. Madison is a current Samling Artist and Britten-Pears Young Artist and a former Dame Malvina Major Emerging Young Artist with New Zealand Opera, where she made her debut as Papagena in Die Zauberflote. Madison has been a semi-finalist in the London Bach Singing competition and the International Handel Singing Competition; she has also been a featured soloist with the Australian Brandenburg Orchestra, UK Parliament Choir and Southbank Symphony Orchestra and a cover soloist with the Philharmonia Orchestra in London. Performed roles include: Almirena (Rinaldo), First Siren (Rinaldo), Ciboulette (Mesdames de la Halle), First Spirit (Cendrillon), Leonora (The Long Christmas Dinner), Despina (Cosi fan Tutte), Susanna (Le Nozze di Figaro), Papagena (Die Zauberflote),  Tytania (A Midsummer Night’s Dream), Ifigenia (Oreste), Lauretta (Gianni Schicchi). 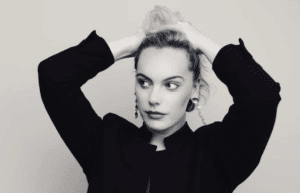 Irish mezzo-soprano Niamh O’Sullivan, praised for her “bewitchingly beautiful, dark vibrant voice” (Süddeutsche Zeitung), studied at the Royal Irish Academy of Music in Dublin under Veronica Dunne. She followed her studies by joining the Opera Studio at the Bayerische Staatsoper, Munich from 2016 to 2018.

Her numerous operatic engagements in Munich include Hänsel in Humperdinck’s Hänsel und Gretel, Kate Pinkerton Madama Butterfly, the Secretary in Menotti’s The Consul, Flora La Traviata and Barena Jenůfa. She also travelled with the company of the Bayerische Staatsoper for a concert performance of Der Rosenkavalier at Carnegie Hall, New York, conducted by Kirill Petrenko. Other appearances include her 2018 Irish National Opera debut as Tisbe La Cenerentola, Mercédès Carmen (also with INO), and in Cousser’s The Applause of Mount Parnassus at the Wigmore Hall with Ensemble Marsyas under the musical direction of Peter Whelan.

Venezuelan-Indian soprano Parvathi Subbiah is currently completing her Doctorate in Venezuelan politics at Cambridge University, whilst simultaneously embarking on a solo career. A former student of Mirella Freni at her Centro Universale del Bel Canto Academy in Italy, Parvathi began studying piano and singing in Venezuela and went on to study at the Oberlin Conservatory with Julien Robbins, and later with Elizabeth Hynes at the University of Southern California.

A native Indonesian of Chinese descent, Rebecca Tong won First Prize at the inaugural La Maestra Conducting Competition. Rebecca recently completed her two-year tenure as Junior Fellow in Conducting at the Royal Northern College of Music, where she worked with the BBC Philharmonic and the Royal Liverpool Philharmonic Orchestra. In addition, Rebecca frequently collaborates with the Hallé Orchestra and Manchester Camerata. She is the Resident Conductor of the Jakarta Simfonia.

John Warner studied Music at St Peter’s College, Oxford, graduating with First Class Honours in 2016, and an MSt with Distinction in 2017. He is Founder and Artistic Director of the Orchestra for the Earth, which aims to use music to motivate environmental change. He is also Chief Conductor of the Central London Orchestra. Recent conducting engagements include staged excerpts from Tristan und Isolde at the Sheldonian Theatre (Oxford), Smyth’s The Boatswain’s Mate at Grimeborn Opera Festival, masterclasses with the Britten Pears Orchestra and Marin Alsop, and guest appearances with Oxford Chamber Orchestra, Oxford Sinfonia, and the Orchestra of St. John’s.