Bertie Baigent is Assistant Conductor of the Colorado Symphony and Music Director of Waterperry Opera Festival. Recent and forthcoming highlights include a series of all-Beethoven concerts in Colorado, projects with the Denver Young Artists Orchestra as their Principal Guest Conductor, the League of American Orchestras Bruno Walter National Conductor Preview and productions of Mozart’s Die Zauberflöte and Don Giovanni for Waterperry and Handel’s Partenope for Hampstead Garden Opera.

Bertie has assisted Sir Mark Elder, Edward Gardner, Jac van Steen and Masaaki Suzuki and collaborated with the Dallas Symphony, St. Louis Symphony, London Sinfonietta and Britten Sinfonia. He has also participated in masterclasses with Martyn Brabbins and Pierre-André Valade, and as part of the Dirigentenforum in Germany.

Winner of the Royal Academy of Music’s Sir Henry Wood Scholarship and Ernest Read Prize in 2017, Bertie was the youngest semi-finalist in the London Symphony Orchestra Donatella Flick Conducting Competition in 2018. Between 2016-18 he was Chief Conductor the London Young Sinfonia.

Born in Oxford in 1995, Bertie read music at the University of Cambridge, going on to study conducting at the RAM with Sian Edwards and graduating with distinction. He is also a composer, his music having been commissioned by the Royal Philharmonic Society and performed by the Aurora Orchestra, Fretwork and Orchestra of the Royal Opera House. He is currently based in London and Denver. 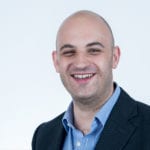 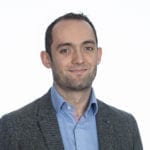