“The maturity and sophistication of her thoughtful interpretations would be the pride of any pianist twice her age.” (Gramophone)

The pianist Elisabeth Brauß has been praised by Gramophone Magazine for “the maturity and sophistication of her thoughtful interpretations” which “would be the pride of any pianist twice her age”. Born in Hannover in 1995, Elisabeth is quickly establishing herself as one of the most exciting and versatile musicians of her generation. She is currently a member of the BBC New Generation Artist scheme.

In addition to winning first prize at the International Steinway Competition in Hamburg, and the International Grotrian Steinweg Piano Competition in Braunschweig, Elisabeth was awarded the Prätorius Musikpreis Lower Saxony Prize in 2012. Further accolades include the main and audience awards at the TONALi Grand Prix in Hamburg (2013) and first prize at the Kissinger KlavierOlymp (October 2016).

A keen chamber musician, Elisabeth collaborates regularly with the violinist Noa Wildschut and the 20/21 season sees visits to Alte Oper Frankfurt, Concertgebouw Amsterdam and LAC Lugano. She also collaborates with trumpeter Simon Hofele, appearing in Germany and the UK.

Elisabeth is also in demand for her solo recitals and appears at venues including Wigmore Hall, Schleswig Holstein Festival and Snape Maltings Festival.

In May 2017, her debut CD featuring works by Beethoven, Prokofiev, Chopin and Denhoff, was released by Oehms Classics. It received critical acclaim and was named as ‘Editor’s Choice’ by Gramophone Magazine. 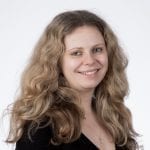 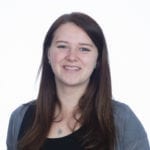