Emmanuelle Haïm is highly acclaimed as a performer and champion of the Baroque repertoire, both as a keyboard player and conductor. She has developed a strong relationship with both the Berliner Philharmoniker and Los Angeles Philharmonic, whom she has conducted regularly over several years. In recent seasons she has made her debut with the New York Philharmonic, London Symphony Orchestra, Bayerischer Rundfunk, Leipzig Gewandhaus and the Wiener Philharmoniker, with performances in Vienna and at the Lucerne Festival.

In 2000 Emmanuelle founded Le Concert d’Astrée, which quickly established an international reputation. During the 2020-21 season their performances include productions of Le retour d’Idoménée, from Campra’s Idoménée, at Opéra de Lille and Dido and Aeneas (Purcell) in Geneva. They will also be touring Pergolesi’s Stabat Mater in Arras, Paris and Nancy, as well as performing Bach’s St. John Passion with ensemble Hemiola and the choir of Le Concert d’Astrée. Le Concert d’Astrée have their residency in Lille and are passionate and active ambassadors for this region.

With Le Concert d’Astrée, Emmanuelle has a very extensive discography with Erato/Warner Classics. Their recordings have won numerous awards including Victoires de la Musique Classique (for Lamenti and Carestini), the Echo Deutscher Musikpreis and nominations for the Grammy Awards. Their most recent releases are a CD of Italian Cantatas by Handel performed by Sabine Devieilhe and Lea Desandre and a DVD of Handel’s Rodelinda filmed in Lille in 2018. 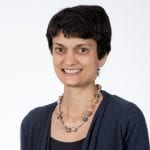 With Lucy Crowe with and Le Concert d’Astrée

Emmanuelle Haïm: the drama of the French baroque

New Releases: From Monteverdi to Strauss, and H...

Le Concert d’Astrée, directed by Emmanuelle Haïm, is a vocal and instrumental ensemble dedicated to Baroque music. It is currently among the most prestigious ensembles performing this repertoire in the world. Founded in 2000 by Emmanuelle Haïm, bringing together accomplished instrumentalists who share the same artistic temperament and a natural, expressive musical style, Le Concert d’Astrée has achieved rapid success. It received the 2003 Victoire de la Musique Classique award for best ensemble of the year and in 2008 was named early music ensemble of the year at the Echo Deutscher Musikpreis in Germany.