The first counter-tenor to sign an exclusive contract with Deutsche Grammophon, Franco Fagioli’s relationship with the Yellow Label reflects his status as one of the brightest stars of Baroque and early 19th-century bel canto opera.

His solo début recording for the company, ‘Rossini’, with Armonia Atenea and George Petrou, and his follow-up album of Handel Arias with Il Pomo d’Oro have both won universal critical acclaim.

The leading virtuoso counter-tenor of our time, Franco Fagioli is renowned as much for his artistry as for the beauty of his voice and masterful technique, spanning three octaves.

Highlights in his 2019/20 season include Nerone Agrippina for the Royal Opera House, Covent Garden; his debut for the Teatro Real, Madrid in the title role of Corselli’s Achille in Sciro; his debut for the San Francisco Opera as Arsace Partenope and the title role in Rossini’s Sigismondo at the Teatr Słowackiego in Krakow. He will also tour Europe with Il Pomo d’Oro in a programme of spectacular arias by Leonardo Vinci. 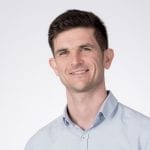 For his debut release on Deutsche Grammophon, Franco Fagioli has recorded an all-Rossini album featuring […]