In June 2018, Maestro Yu signed an exclusive recording contract with Deutsche Grammophon, which began a global release and distribution partnership. As part of the Deutsche Grammophon’s 120th anniversary celebrations in 2018/19, Maestro Yu conducted a spectacular launch concert in October at the site of Beijing’s historic Imperial Ancestral Temple at the Forbidden City, alongside artists such as Aida Garifullina and Daniil Trifonov. 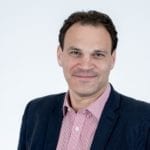 
From The Green Room

The Green Room: Issue 3 out now