Louis Langrée has been Music Director of the Mostly Mozart Festival at Lincoln Center in New York since 2002 and of the Cincinnati Symphony Orchestra since 2013. With the latter he has recently toured to both Asia and Europe.

Recent and future conducting projects include Louis’ debuts with the Czech Philharmonic at the Prague Spring Festival, the Orchestre National de France and the Konzerthaus Berlin Orchestra. Return engagements include the Wiener Symphoniker, Orchestre des Champs-Elysées and the Philadelphia and Leipzig Gewandhaus Orchestras. He will also return to the Metropolitan Opera in New York, Wiener Staatsoper and Opéra Comique in Paris. 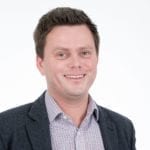 Symphony No. 3, “Organ,” Second movement. Performed by the Cincinnati Symphony Orchestra and conducted by […]

In conversation with Emmanuel Pahud 5 Feb 2013

Recorded on the day of Louis Langrée’s debut conducting the Berliner Philharmoniker. January 2013

Louis Langrée & Trey Devey on the importance of...

Louis Langrée to continue as Music Director of ...

Louis Langrée makes his debut with the Philadel...

‘Fantastique’ opening to the season in Cincinna...

Langrée’s first CD with Cincinnati SO

Louis Langrée is Music Director of the Cincinnati Symphony Orchestra, a position he has held since September 2013.

One City, One Symphony.
Free download of Tchaikovsky Symphony No 4 and Mozart’s Davide Penitente