“Olga Pudova was outstandingly good, the sweetness of the voice, timing and intonation never faltering. She also clearly adores doing the role, executing the “clockwork running down” moves brilliantly and staying in character through the extended applause at the end of “Les oiseaux dans la charmille”.
David Karlin, Bachtrack

This season engagements include her return to the Liceu Barcelona as Olympia in les comptes D’Hoffmann, Semperoper Dresden for Queen of the night in Die Zauberflöte, Zerbinetta in Ariadne auf Naxos at the Grand Theatre du Luxembourg and a series of Mozart aria concerts as well a Giunia in Lucio Silla with La Seine Musicale.

Future seasons will include her Debut at the Berliner Philharmoniker and the Adelaide Festival, as well as returns to Bayerische Staatsoper Munich, Dallas Opera, Luxembourg Opera and of course the Mariinsky Theatre. 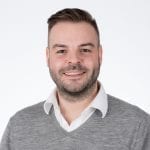 The Magic Flute at the Wiener Staatsoper 2014