Sir Simon Rattle was born in Liverpool and studied at the Royal Academy of Music.

For some years Principal Guest Conductor of the Rotterdam and Los Angeles Philharmonic Orchestras, in 1980 he became Principal Conductor and Artistic Adviser of the City of Birmingham Symphony Orchestra, stepping up to Music Director from September 1990 until August 1998.  He is also Founding Patron of the Birmingham Contemporary Music Group and since the early 1990s, has been a Principal Artist of the Orchestra of the Age of Enlightenment.

In September 2002 Sir Simon became Chief Conductor and Artistic Director of the Berliner Philharmoniker, where he remained until June 2018.

In September 2017, Simon took up the position of Music Director of the London Symphony Orchestra. 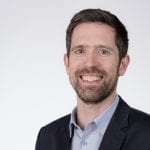 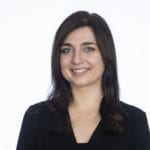 An extract of Imogen Cooper performing Mozart’s Piano Concerto No. 25 in C major with […]

In his debut recording on LSO Live, Sir Simon Rattle conducts a stunning performance of […]

Sir Simon Rattle was announced as the LSO’s Music Director on Tuesday 3 March 2015, […]

Legendary conductor Simon Rattle on why he loves Poulenc’s operatic masterpiece, and what it’s like […]

Sir Simon Rattle at Musica Viva with the BRSO

Daniel Harding awarded a CBE in the New Year Ho...

On tour: London Symphony Orchestra debuts in So...

On tour: Askonas Holt & the OAE

Sir Simon Rattle jumps in to conduct at the Ver...

New Releases: From Puccini to Martinů, and Masc...

Sir Simon Rattle and the OAE in Europe

Sir Simon Rattle and the Vienna Philharmonic in...

Rattle revives ‘Totenhaus’ at the Staatsoper Be...

The Berliner Philharmoniker in the Big Apple

Sir Simon Rattle is awarded an Order of Merit f...

A Cunning Performance in Vienna

Easter Festivals in Baden-Baden and Salzburg

Digital Concert Hall – Imogen Cooper with the B...