He continues to conduct extensively in Japan and is also a highly regarded teacher of young conductors, holding posts as Honorary Professor of the Tokyo University of the Arts, Visiting Professor of the Soai University and the Kyoto City University of Arts and Guest Professor of the Kunitachi College of Music. He combines these activities with regular European visits and in 2019/20, following concerts in Hungary, will close the BBC National Orchestra of Wales’ season with performances of Beethoven’s Missa Solemnis and Mahler Symphony No. 5. Recent BBC NOW highlights include BBC Proms and he also served on the juries of the Donatella Flick Conducting Competition in London, the Malko Competition in Copenhagen and the 18th Tokyo International Music Competition for Conducting. 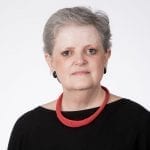 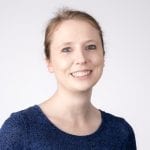 Tadaaki Otaka leads the NHK Symphony Orchestra in a performance of Tchaikovsky Symphony No. 5 […]

Video Introduction with Sapporo Symphony’s Music Director Tadaaki Otaka. They will perform a concert in aid of […]